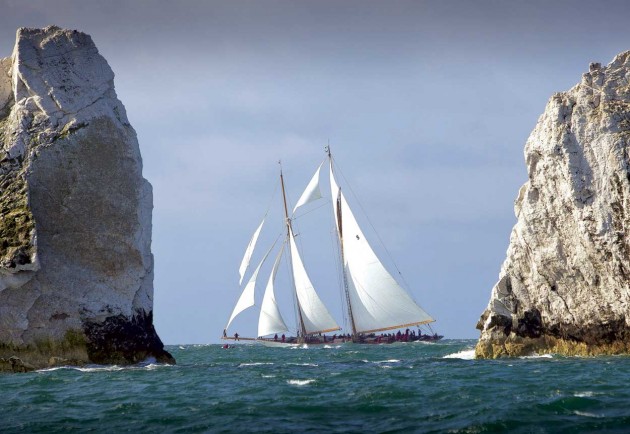 “Eleonora is a racing schooner, a replica of the Herreshoff-designed Westward that won many regattas in the early 1900s, so naturally we’ve been competing in classic regattas as well as cruising in different parts of the world,” says Captain Mike McMillan. “The Round the Island race with Sir Ben Ainslie co-helming. We were by far the largest yacht taking part, and we went through some hectic tacks up the Solent towards the Needles, but Sir Ben was up to it.” www.ypigroup.com